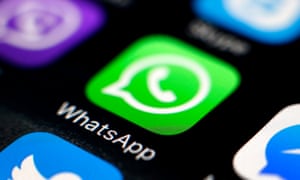 Two quotes, in particular, that stand out:

Boelter reported the backdoor vulnerability to Facebook in April 2016, but was told that Facebook was aware of the issue, that it was “expected behaviour” and wasn’t being actively worked on.

Asked to comment specifically on whether Facebook/WhatApps had accessed users’ messages and whether it had done so at the request of government agencies or other third parties, it directed the Guardian to its site that details aggregate data on government requests by country.